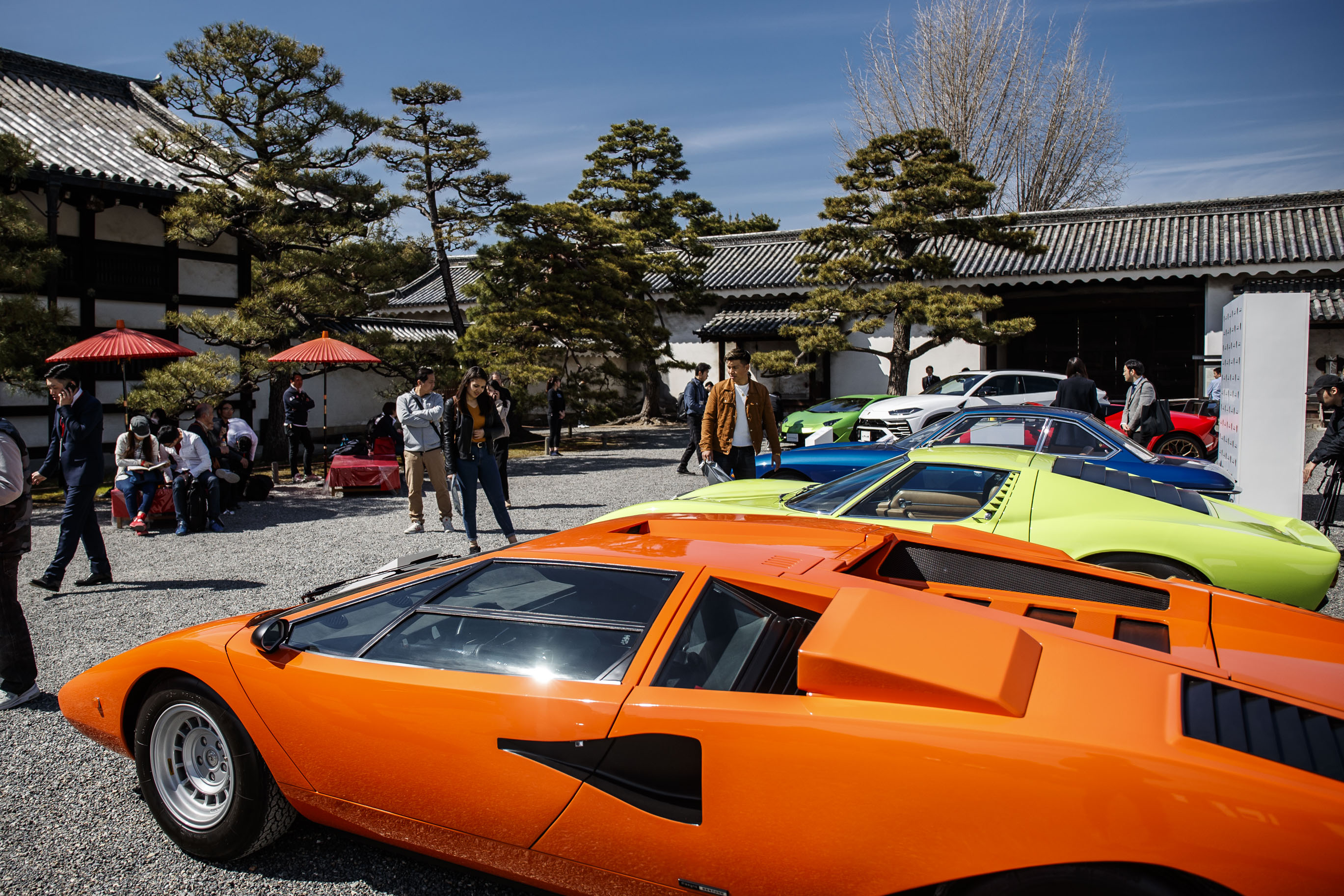 Next edition has been postponed to 2021.

The 2019 Concorso, held on April 13th and 14th 2019, brought the philosophy and atmosphere of famous international concourses to the grounds of Nijo Castle. Here, 54 ultra-rare and legendary cars, selected by the Concorso Chairmain Mr. Corrado Lopresto, and all built between 1930 and 2018, had been sub-divided into 9 classes with a special focus on Zagato and Lamborghini Polo Storico,  and examined by a prestigious International Jury Committee.
Their great artistic and historical value had been presented for all to see and the event officially ended with the Award Ceremony, in which a variety of honors and awards had been assigned to the best ones.

The “Best of Show” award of the Concorso d’Eleganza Kyoto 2019 went to the Lamborghini 350 GT Zagato, by unanimous vote of the International Jury Committee. The car, owned by Mr. William Pop, an important American collector, had to win its class (Race and Prototypes) before being eligible for “Best of Show”. The rarity of the car, along with the impeccable condition in which it was presented, enabled it to achieve not only the “Best of Show” but also the “Best Zagato” Trophy, since the event organizer was celebrating also the 100th Anniversary of Carrozzeria Zagato in Milan.
The “Best Lamborghini” Trophy went to the 1971 amazing Miura SV, in Verde Miura with mustard yellow interior, owned by a Japanese collector. Another bull from Sant’Agata Bolognese has been awarded with the “CHAPAL Desirable to drive”: Japanese-owned orange 1976 Lamborghini Countach LP400 with black interior.
A red 1930 Alfa Romeo 6C 1750 GS Zagato from Luxembourg won the “People Choice” trophy, and another Alfa Romeo 6C 1750 GS Zagato of 1931 from Belgium won the “Best Alfa Romeo” and “FIVA” Awards. The “Elegant closed” trophy has been assigned to a silver Lancia Flaminia Super Sport Zagato from 1966, part of a Japanese collection. The “Elegant open” trophy went to a blue Belgian-owned 1942 Alfa Romeo 6C 2500 S.

During the event, inside Nijo-jo Castle, the exhibition "The Counts of the Future" had been displayed, including drawings and skectches of Count Carlo Felice Trossi and of Count Mario Revelli di Beaumont. The displayed drawings came from "Archivio Collezione Lopresto".
Count Mario Revelli di Beaumont is considered the first free-lance designer; during his long carrer, his brilliant mind produced hundreds and hundreds of cars, trucks, motorcycles, yachts designs.
Count Carlo Felice Trossi, considered one of the first gentlemen drivers, became in 1933 one of the best pilots of his years; admitted in Scuderia Ferrari, with which he won 6 races, he became also a major financer and president of Scuderia Ferrari itself. He also had great success racing with Alfa Romeo. With some impressive skills as aeronautic pilot as well, he had been a patron and sponsor of the art of technology and design.